For those unfamiliar with the arcade sports title, it is essentially dodgeball by way of a traditional team deathmatch mode. Players will band together in sprawling arenas to take out the competition by knocking them off platforms, lobbing special power-up balls, coordinating ambushes, and unleashing devastating super moves.

Unlike in a real game of dodgeball, you are not immediately eliminated after being hit and will instead respawn for a chance at revenge. As such, the winning team is not the one with the most players left over at the end (given that nobody is ever permanently “out”), but rather the team that has the most points when the timer runs out.

While that might sound fairly straightforward, there are several wrinkles here to keep dodgeball veterans on their toes. The environments are filled with unique hazards and shortcuts, like speeding trains, rush hour traffic, and pneumatic tubes that carry you from one edge of the map to the other. Players can also turn themselves into balls for others to use, and everybody gets a hang glider for vertical traversal. Think of it less like an authentic sports simulation and more like Rocket League or Splatoon.

Publisher Electronic Arts (EA) has published a new blog post that confirms their plans for Knockout City for the rest of the calendar year.

Before delving into the roadmap, the piece—which is branded as an in-universe “Knockout City Chronicle” bulletin—explains that developer Velan Studios has been busy reacting to feedback over the six weeks since the game launched. In particular, they have been fixing various technical glitches that have been reported by players, including a number of system crashes and a bug that causes erroneous quitting-penalties to be issued.

After this, the post then showcases the new Knockout City roadmap for 2021, which reveals that there will be three more seasons in 2021. According to the document, each of these will last for nine weeks, meaning that the next one (season 2) is scheduled to begin on July 27.

This Heatwave is still going strong, but we’re not slowing down– we’re in it for the long haul, baby! Check out The Knockout City Chronicle for a peek at our year one Roadmap and the great content that’s in store!https://t.co/iUtCmftWLJ pic.twitter.com/jy5ctkKZGw

Much like how each season of Fortnite is defined by a unique concept (the most recent of which is all about aliens), it looks like Knockout City is going to be dramatically shaking things up every few months. On that note, its sophomore season is going to introduce a brand-new theme, alongside an extra map, original events, additional playlists and daily login rewards.

It will also toss a new special ball into the mix, which will drastically alter the course of matches. Balls that are already in the title include the gravity-disrupting moon ball, a cage ball that lets you immobilize other players and a sniper ball that help you pick off targets from afar. These are in constant rotation and give each match its own distinct flavor, so it will be interesting to see what the new addition does.

Unlike with Fortnite or Apex Legends, which have seasons of inconsistent and often unpredictable lengths, Knockout City’s roadmap explicitly states that each of its content updates will last for nine weeks.

As such, we can infer that the third season will commence around the end of September and that the fourth season will kick off near the beginning of December. This would line-up with the official schedule, which says that the former will be starting in fall and the latter in winter.

If you want to give Knockout City a whirl in anticipation of its new season, the game is actually free to play until you reach “Street Rank 25.” This gives you plenty of opportunity to sample the multiplayer title and see if it is to your liking before committing to a purchase.

The game also features crossplay, meaning that you are able to team up with friends on other platforms. Speaking of which, Knockout City is available now for PS4, PS5, Xbox One, Xbox Series S, Xbox Series X, Nintendo Switch and PC at a price of $19.99. The seasonal updates will be added for free. 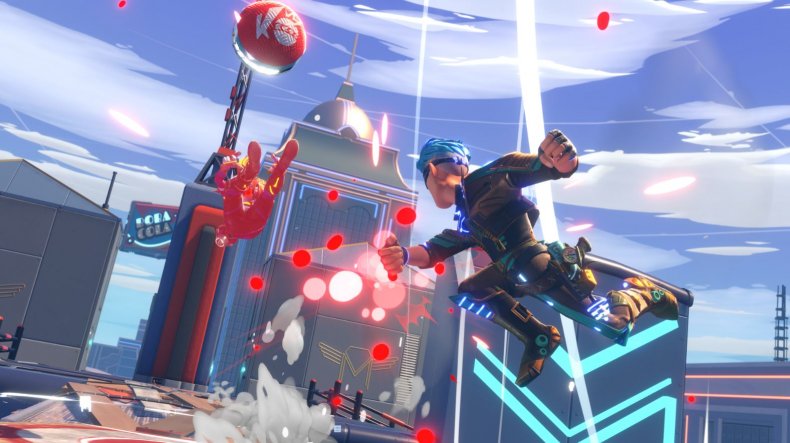 ”Knockout City” season 2 will be released on July 27, with further updates scheduled for fall and winter.